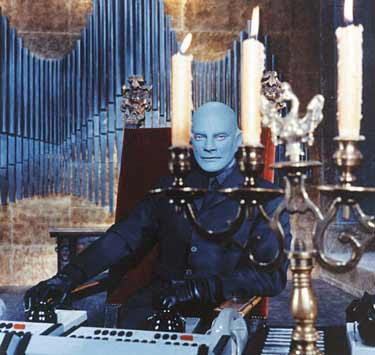 *image from the 1964 Fantômas film...
I haven't listened to this in ages. Just pulled it out of the vault this morning...
This show was recorded at the (now defunct) Galaxy Club in Deep Ellum (now a veritable wasteland) in 1998. I recall the Galaxy Club being one of the worst shithole venues in Deep Ellum, although every once in a while they had a good show. Come to think of it, I don't have very many fond memories of any Deep Ellum clubs in the tail end of its heyday... Well, I suppose the Gypsy Tea Room had its moments...
This is a decent recording, with all tracks indexed. All material from their first release with the exception of the cover of T. Rex's "Chariot Choogle" (which appears on a tzadik comp) that Mike Patton declares is a Rage Against the "Latrine" song- clever!
*Note the pissed off rednecks who were there to see Dave Lombardo play metal. "PLAY SOME REAL MUSIC" and the bottles thrown in the trashcan near the recordist sometimes works as a bonus percussive instrument with this music.
The ridiculous play by play of events by yours truly at a tender and impressionable age of 23 is cringe-worthy...Recorded by Jason Jenkins.
Fantômas:
Mike Patton
Buzz Osborne
Trevor Dunn
Dave Lombardo
Fantômas
Posted by M. Leer at 11:12 AM 5 comments: 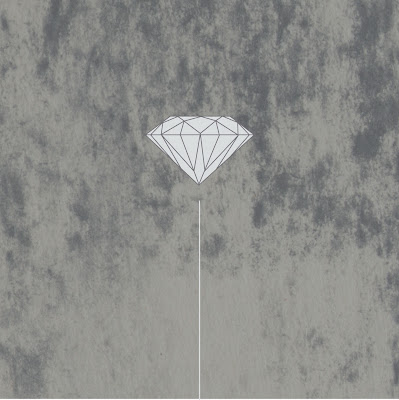 After much deliberation, I've decided to give this album away again...If you feel inclined to support the label and the artist, purchase a Deluxe 320kbps Download with artwork

Beguiling the Hours was released JAN 31 2009 by life and living records in the UK as a 320 kbps download with a 12 page PDF file of liner notes. I'm not even sure how many downloads it had over the year, especially from the US. Originally, this was available for free download via Bird and Whale for a short while in its unmastered state.

This is a "reinterpretation" of Gareth Williams and Mary Currie's "Flaming Tunes" album. If you haven't heard the original, you should give the recent reissue from life and living records a listen (in the US go to RER USA, other music or aquarius records)...or check the flaming tunes website. I am actually waiting on a box of them from the label to distribute like a traveling salesman around select independent record stores in the US...

I found a bootleg of this impossible to find cassette-only release from the ex-This Heat member a few years ago ( the "After the Heat" bootleg, which was misleadingly said to have been unreleased This Heat material and later via the mended records blog). In depth information on Flaming Tunes can be found HERE

Late in 2007 I decided to record a track from it myself with similar "restrictions" of the original. I recorded with an old 4-track and minimal mics, etc... This eventually morphed into tracking 1/2 on 4 track and 1/2 garage band and became a full blown experiment in obsessive compulsive behavior re-recording (covering) the entire album.

I had initially made contact with Chris Cutler at RER who had just facilitated the This Heat Out of Cold Storage Box Set and Charles Hayward (This Heat / Camberwell Now etc...) in an attempt to find out about the reissue that hadn't happened yet. I was surprised at the quick response from both of them. I told Charles Hayward about the version of the album I made and he requested I send 3 copies to him and that he would give one to Charles Bullen, Mary Currie, and Mick Hobbs (from the bands the Work, the Momes, Officer!, and Family Fodder, etc.) who was working on the reissue for his label (life and living records). It was through contact with these people that I got an offer to release this record almost in conjunction with the reissue of the original. I would not have released this without this type of encouragement or endorsement.

I recorded the album entirely by myself with the exception of help on "B to A" from two great musicians/friends Jason Reimer and Steve Hill. It was mastered by David Willingham.

I am proud of this album, for what it's worth.

I suppose it's worth the time it takes for you to download it... 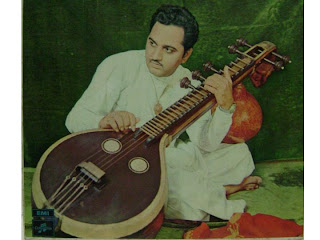 I think the fact that this sounds so fucked up may be the reason why I like it so much. I found a version of this album on emusic, but I think I prefer this tape hissed out version. I also like that between tracks you can hear the other side of the tape backwards- I think that kind of transfers in the mp3 version. I think this album, "Bells of Joy" is from 1991.

Dr. Chittibabu played the Veena, kind of like a South Indian version of a sitar...I think it sounds more like an acoustic guitar at times. He was a legend in his own lifetime. He passed away on Feb of 1996 of a massive cardiac arrest. He was 59.

At one time I expressed interest to a UNT professor Poovlur Srinivasan in learning the Veena and I was told that women played Veena primarily... at least that's how I remember it! I never got the money together to buy a Veena and that interest faded...

I have another tape that has a Chittibabu leading a Veena Orchestra, I believe 50 veenas playing classical melodies in unison...perhaps the Glenn Branca of Indian Carnatic classical music? maybe a little more like the Rhys Chatham of India... he seems a little less aggro...Let's not get off track and start a ridiculous argument about post-punk minimalism... 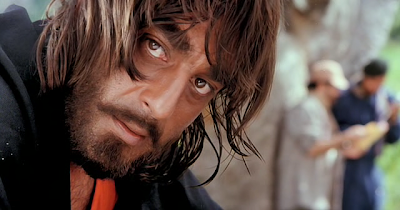 I've never seen this film, but I've had the soundtrack for a long time (thanks Cha! maybe the only thing I'll ever thank you for...) aaand I finally got around to ripping it. Apparently the track "Choli Ke Peechhe" was a controversial song for it's racy title/query which translates to "what's behind your blouse" which apparently is akin to flashing a boob at the superbowl or something. It also made the song extremely popular. I saw something that said a track from this soundtrack was used on that slumdog millionaire film...I can't remember for sure. The other thing I found out is that These Tipps soundtrack cassettes feature commercials at the end of side A, and if f there wasnt enough room on a side to fit a track they'd edit it or cut it... I have been searching for a CD version of the soundtrack but I havent found one.
I just found a UK cassette version of this soundtrack today that has different commercial and mixes and sounds almost as lo-fi as the one I own. So I included the tracks from that rip in the folder as well... I think this soundtrack has some yatch rock tendencies at points but overall I love it and it was the first glimpse at the great weirdness of Indian film soundtracks for me... I still do not know much about Bollywood soundtracks but every once and a while over the years I've happened upon some gems...
Next up, NOLLYWOOD soundtracks? I still haven't heard one of those... or seen too much of one of those films but man the trailers are amazing!
factoid- Tricky sampled the beat to "O Maa Tujhe Salaam" on the track "Ponderosa"
KHAL NAYAK
Posted by M. Leer at 2:16 PM No comments: