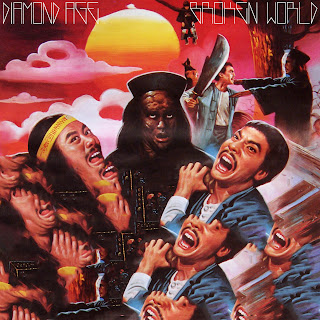 *unofficial cover...for all you bootleggers to use in your itunes
after this highly highly anticipated album leaks all over the internets. (that's sarcasm)


I am extremely excited to present to you  BROKEN WORLD, nearly 2 years in the making, soon to be released on Pour Le Corps.  Since it is nearly 60 minutes, think of it as 2 eps- each side has a beginning and an end, then you won't have to complain that it's too long. Diamond Age, bringing solutions for a brighter tomorrow! more info soon...